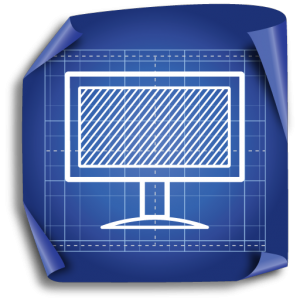 Are laid-off investment bankers taking programming classes? They should be, now that salaries for enterprise mobile developers and architects are matching and exceeding Wall Street pay scales.

My Thursday blog highlighted a conversation I had with an IT recruiter, who said that mobile architects with SAP backgrounds today are getting paid about $240,000.

Or as outside consultants, they are able to easily charge hourly rates of between $150 to $175 per hour.

I got a bit of reaction to those claims, including one e-mail from Tom Benson, founder of a mobile consulting firm, iOptimal.

“Our consultancy is specializing in mobile Oracle and mobile SAP (SAP wins by a long shot),” wrote Benson. “Any great ideas where we can get more SAP mobile people, or train them up faster?”

Benson and his partners have big ideas on what they want to deliver to enterprises. The demand is there, he says. What’s stopping them is not being able to find the talent.

Instead, “what we’ve been doing is finding Objective C (the native language for developing in iOS) developers and others tied to a specific platform, like Appcelerator or RhoMobile,” he said.

This is not what we at SAP desire. In an ideal world, we would have a vibrant ecosystem of partners and developers (1 million+) like iOptimal collectively producing thousands of apps all on the Sybase Unwired Platform.

Opening up SUP to popular Web development frameworks such as Adobe PhoneGap, Appcelerator and Sencha is all about achieving that goal.

(Speaking of 3rd-party frameworks, join SAP next Wed May 2nd for the webinar, “Getting the Most Out of Third-Party Tools for Mobile Development.” Sybase mobile CTO Jagdish Bansiya will talk about how developers can use tools like PhoneGap or Sencha to quickly build apps that communicate with SAP back ends via NetWeaver Gateway.)

This ecosystem is building, for sure, but it won’t happen overnight.

For one, says Benson, any experienced SAP developer or consultant is probably already working steadily and making good money. For another, building skills in both SAP applications and mobility requires “extremely high learning curves.”

Also, going overseas for talent is harder than with other types of development.

“I’ve managed big offshore teams. There are wonderful people offshore. It works better when you give them a big discrete project,” he said. “It’s already so hard to find people with both skills. And with enterprise apps, there’s so much back and forth between the programmer and the customer. You might as well do it here.”

Bottom line is that developers and firms who build up their skills now in SAP and mobility will have no shortage of well-paying projects and customers to choose from, today and in the future.

“I don’t think rates are going to come down. It’s not like people are going to flood in,” Benson said. “None of my competitors are going to have an easier time trying to hire, either. But this way, I can charge top dollar.”