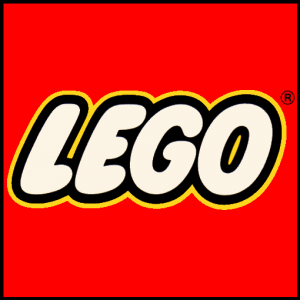 An executive at a Palo Alto software giant was charged Monday with four felony counts of burglary, after authorities said he allegedly made his own bar code stickers, switched the tags, and then bought boxes of LEGOs at Target stores for huge discounts.

Thomas Langenbach, 47, who lists himself as the vice president at Palo Alto’s SAP Labs Integration and Certification Center on his LinkedIn profile, is expected to be arraigned Tuesday in Santa Clara County Court .

“This probably happens more often than you’d think,” said Mountain View police spokeswoman Liz Wylie. “But this is the first time we’ve ever had a case like this.”

NBC Bay Area went to Langenbach’s multimillion dollar San Carlos home on Monday, but no one answered the door, despite people being home. A representative from SAP in New York confirmed Monday that Lagenbach is employed at the company and declined further comment.

Supervising Deputy District Attorney Cindy Seeley Hendrickson said Monday that internal Target security spotted something awry with Langenbach’s purchases from their stores –that’s three alleged burglaries from the Mountain View store on Showers Drive and one from the Cupertino store on Stevens Creek Boulevard over the last month or so.

Wylie, of Mountain View police, said Target security had captured Langenbach performing the “ticket switch” on camera, and had been onto him because the company pays very close attention to LEGO sales.

Langenbach was formally charged with four counts of burglary totaling seven boxes of LEGOs worth about $1,000.

When police searched his home, however, Hendrickson said they found “hundreds and hundreds” of LEGO boxes inside. They also discovered that since last April, he had allegedly sold 2,100 LEGO items totaling about $30,000 on eBay using the handle “tomsbrickyard.” Inside Langenbach’s car, Hendrickson said, were 32 pre-made barcode stickers.

Hendrickson did not charge Langenbach for anything more than the four burglaries, as she said investigators are sifting over the evidence to determine what has been stolen and what might legitimately have been his.

Langenbach’s modus operandi, Hendrickson said, was to create his own sophisticated bar code stickers, and switch the tags at various Target stores. Those bar codes were for a much cheaper price. So, for instance, Hendrickson said that Langenbach bought a $279 box of Millenium Falcon box of LEGOS for just $49, and he bought a $90 Anakin LEGO set for about $35.

According to his LinkedIn profile, Langenbach has been with the company since 1988, and holds a degree in computer science and business administration from Berufsakademie Mannheim, Germany. SAP headquarters is in Germany. SAP is a “market leader” in enterprise application software, according to its website. And its acronym stands for Systems, Applications and Products in Data Processing.

This is not the first case of a LEGO bar code scam. In 2005, William Swanberg of Reno, Nev., was arrested in connection with stealing hundreds of thousands of dollars worth of LEGOs from Target after switching the bar code labels on the toy boxes. The company at the time estimated Swanberg stole up to $200,000 of LEGOs taken from their stores in Oregon, Utah, Arizona, Nevada and California. The LEGOs were then resold on the Web. In that case, too, Target investigators uncovered the scheme.