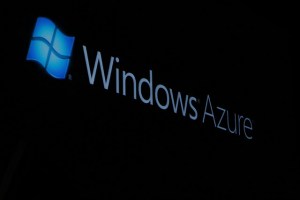 Yesterday it was written that Amazon and SAP announced certification of SAP Business All-in-One Solutions for AWS. Here is a follow up discussion.

News that SAP will — along with Amazon — certify more of its business applications to run in production on Amazon’s public cloud raises the question of what’s going on with SAP and Microsoft Windows Azure.

As one commenter to our SAP-Amazon post last night put it: “So much for SAP announcing MS as partner of the year! why isn’t Azure in the pic ?”

But there has been no statement about SAP developing or hosting applications on Azure. Of course the Sapphire 2012 conference next week in Orlando, Fla. would be a perfect venue for an announcement. Microsoft will have a booth at the show and Amazon’s announcement late last night could have been a preemptive move.

Before people start barking — yes Azure is a PaaS not IaaS so there’s a different equation here. But, SAP has been a close Microsoft partner since 1993 and having SAP-branded business-critical apps running on Azure would be a coup. Of course taking existing code bases and rewriting them for Azure is a huge job whereas Amazon’s infrastructure can typically run existing code. It’s also unclear how much traction Azure has gotten among enterprise customers or generally. As Stacey reported a few weeks ago, Microsoft seems to be focusing on startups with Azure of late.

I’ve reached out to both Microsoft and SAP for comment and will update this as new information comes in. But to sum up: Microsoft has invested a ton of time, money and energy in Azure — which went live in February 2010 — but which has yet to draw many A-list software vendors. One reason is that most A-list software vendors – including SAP — also compete with Microsoft so the calculus can be difficult for Azure.