ERProof » SAP Is Going to Buy Ariba, Ready to Fight for The Cloud 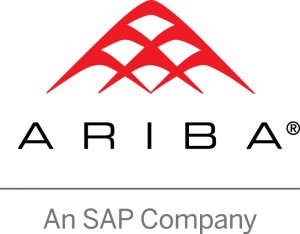 SAP is taking aim at Oracle, the world’s No. 2 maker of business management software, as they vie with Salesforce.com Inc in the multibillion dollar cloud-computing services market, one of the industry’s hottest area of growth.

Shares in Ariba, which were halted briefly, leapt 20 percent to SAP’s offer price of about $45 per share.

“This deal puts them more on the radar screen and gives them another big customer base they can sell additional services into. These are not inexpensive moves but it signals they are really tilting more toward the cloud,” said Evercore analyst Kirk Materne.

The $45-per-share offer for Ariba, a darling of the first dotcom boom that has since reinvented itself as a major networking and online commerce software developer, values Ariba at 6.9 times expected 2013 revenue, according to Roth Capital Partners.

The purchase of Sunnyvale, California-based Ariba would be the latest in a string of acquisitions by German technology company SAP to help fuel its revenue growth and expand its cloud computing business.

SAP said it expected the deal, already approved by Ariba’s board, to close in the third quarter.

But Cross Research analyst Richard Williams said that since many of Ariba’s customers use Oracle services, there is good reason — and precedence — to expect the U.S.-based Oracle to make a rival bid.

In 2005, Oracle snatched retail software maker Retek away from SAP after a bidding war that reached $630 million.

“Strategically it’s a valuable asset and would disadvantage Oracle if SAP were to close the deal, so I can see a case for why Oracle would feel the need to enter into the bidding to protect its own potential growth opportunities,” Williams said.

Cloud computing refers to providing software, storage, computing power and other services to customers from remote data centers over the Web.

Oracle and SAP are locking horns as both transform themselves into major players in the cloud and reduce their reliance on traditional business software. SAP’s purchase of Web-based software company SuccessFactors Inc, announced late last year, was seen as accelerating their running battle.

In February, Oracle increased its bet on cloud computing by agreeing to purchase Taleo Corp, a maker of Web-based software for recruiting employees, for about $1.9 billion.

Demand for cloud-based software is rising rapidly because the approach allows companies to start using new programs faster and at lower cost than traditional products that are installed at a customer’s own data center.

SAP intends to integrate Ariba into Hana, a business intelligence tool to help companies analyze large quantities of data quickly. Hana came to market last year and generated 160 million euros in sales through the end of 2011, surpassing SAP’s own expectations of 100 million euros.

“We are looking forward to optimizing Ariba so it can be used in real-time. This is a new category of the cloud. We want to accelerate the platform for collaboration between companies,” SAP co-chief executive Jim Hagemann Snabe said on a conference call.

SAP said its transaction would be funded from its free cash and a 2.4 billion euro ($3.06 billion) term loan facility.

The European company also said it would consolidate its cloud-based supplier assets under Ariba, which would continue to operate as an independent business.