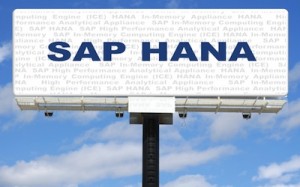 SAP is so excited about its new database HANA that it’s throwing $492 million into programs to get people to use it.
The money covers two programs, one for startups, another for enterprises.
The company’s investment arm, SAP Ventures, is launching a $155 million fund for startups writing big data apps using HANA.
Meanwhile, SAP has told enterprises that yank out their current database for HANA that it will help pay for the consulting work they need to convert. It has set aside a $337 million fund for this.
SAP has already begun cultivated a bunch of startups for HANA. Last month it hosted a SAP Startup Forum in Palo Alto in which it challenged 26 startups to show off their big data apps using HANA. Thirteen of them took SAP up and pitched ideas ranging from manufacturing planning to online gaming.
This all came on the heels of SAP’s news that HANA is finally ready for its SAP’s Business Warehouse users. SAP wants the 15,000 (or so) customers using Business Warehouse to yank out their current database (often an Oracle database) and use HANA. SAP showcased two companies using HANA with BW, Shanghai Volkswagen and Lenovo Beijing.
Interestingly, some of SAP’s customers are considering replacing Oracle, but not for HANA. They are eyeing Microsoft’s new SQL Server database, according to an informal survey of SAP customers attending a conference in Sydney, Australia.
SAP is obviously trying to convince them otherwise.
Larry Ellison said he thought SAP’s management must be on drugs if they thought that they could hurt Oracle in its core business. With nearly half a billion on the line, looks like SAP is waging this battle with cash, not pharmaceuticals.