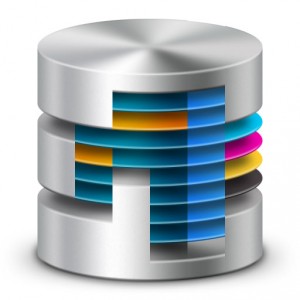 Enterprise software giant SAP has released the road map for its HANA in-memory database technology and the Sybase database products it acquired in May 2010. In it, the company foresees SAP HANA spawning an eco-system of new enterprise applications that can take advantage of the high performance that an in-memory database can provide. This, combined with tight integration with the Sybase products, is designed to give SAP the depth of technology to seriously challenge rivals Oracle and IBM.

In-memory databases such as SAP HANA are intended to enable organisations to quickly analyse and manipulate large datasets, by running the queries against “big data” held in computer memory, rather than via storage arrays.

“In-memory databases can bring huge benefits in terms of what you can do with the data and the applications that you can run,” said Adrian Simpson, SAP chief technology officer, UK and Ireland.
Today, SAP HANA is mainly used for data analysis because of the extra speed it offers for executing queries, which enables more sophisticated queries to be run. Queries can be made without the user having to worry about database joins, caching, materialised views, building indexes, tuning databases and many other functions that need to be performed in the background whenever complex queries are performed on conventional databases.

But SAP has its eye on developing a new eco-system of applications that can take advantage of SAP HANA’s performance, especially as memory itself becomes cheaper, bigger and faster.
“We can now deliver applications on SAP HANA that completely change what companies can do with their business processes. It’s not just about reporting, but about being able to run core business processes much faster,” claimed Simpson.

SAP HANA is part of a broader drive by SAP into the database market, signalled when it acquired Sybase, the number four player in the sector, for $5.8bn (£3.6bn) in May 2010. The principal aim of the Sybase acquisition, said Simpson, was to acquire its expertise in mobile databases, as well as bolster SAP’s ability to offer enterprise-class database technology to customers.

“We looked at it from both a transactional view of supporting applications, and also from the analytic view, looking at reporting,” said Simpson.

SAP is encouraging enterprises to switch to Sybase Adaptive Server Enterprise (ASE) with bundled deals, while promising tight integration between SAP and Sybase apps, as well as with SAP HANA. It claims that IT departments will benefit from integrated maintenance and synchronised releases. With customers running their core SAP enterprise applications on Sybase ASE, the new applications that SAP foresees emerging around SAP HANA would no doubt be easier to develop under a proprietary, single-company stack.

SAP can point to at least one customer that has migrated to Sybase ASE – Panamanian firm El Machetazo.

“Our SAP ERP migration to SAP Sybase ASE was driven by the need to lower overall costs and improve operational agility, while at the same time delivering systems in a highly available and high-performance environment,” said the company’s CIO, Juan Stagg.

However, the fact that it cannot offer a better known company as a reference is telling. For many organisations, particularly ones that have already made a major investment in a particular vendor’s database technology, the prospect of tight integration with enterprise applications and potential cost savings are just one part of the database procurement decision.

For example, when gold mining giant AngloGold Ashanti recently decided to migrate from the multiple ERP systems it runs around the world to a single instance of SAP, it selected Microsoft SQL Server. The reason for that decision, said AngloGold Ashanti CIO Andrew Crocker, was because the company runs a largely Wintel architecture and did not want to introduce a new database technology – especially at a time when it is consolidating enterprise applications on a single platform.